Joko and the Great Storm

She wanted to land but instead she was flying higher than ever before. Each time she tried to fly lower the wind tossed her higher. But even if she could find her way down through the wind, the rain and the lightning, she couldn’t see what was beneath her or if it was land or ocean. Limosa longed to fold her wings against her body and rest, but there was nowhere to rest in the storm.

With a normal storm, a bird could watch as it appeared, and if that bird was alert and wary the way Limosa was, she could fly over it, or around it, or sometimes land and wait for it to pass. But this storm had come without warning. One moment, she had been flying through a beautiful orange sunset daydreaming about oozy mud full of big fat Aotearoa worms and lovely juicy clams and crinchy-crunchy water insects; the next moment she was fighting for her life.

Limosa had been flying south over the ocean for six days all the way from Alaska. And she had to keep going because if she stopped her flock would die when winter arrived.

You see, Limosa belonged to the Kuaka flock of bar-tailed godwits. Each year in September her flock migrated from their summer home in Alaska all the way south to their other summer home in New Zealand to escape the chill and get in a good feed. Aotearoa’s worms were the best in the world. 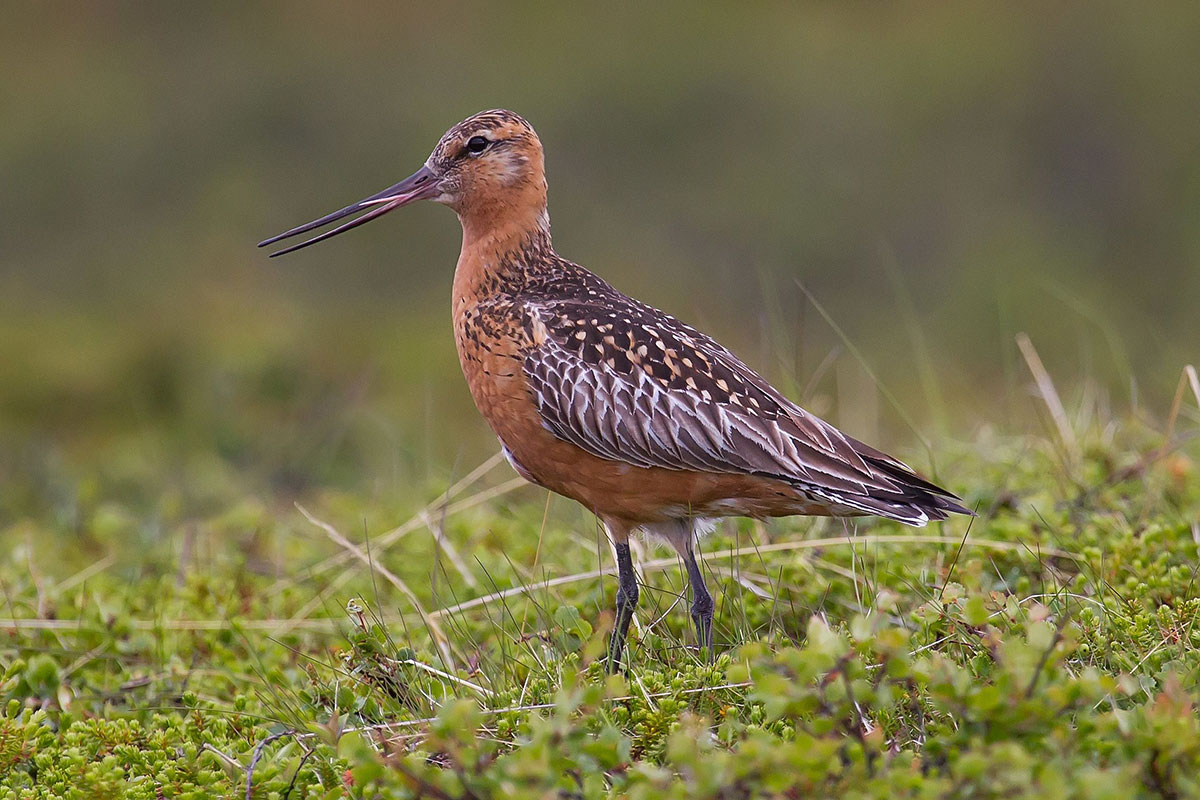 … in the middle of a class of young birds.

The students flew up to the branches, and peered down at Limosa through the foliage. The teacher, however, was an owl, and he stayed put. Anyone who knows anything about owls knows they do not startle easily.

“And here,” said the teacher, “here we have a bar-tailed godwit, if I am not mistaken.”

He turned his head to Limosa.

“And you’re a bit late for class, I must say,” he added, “but since you look a bit lost your tardiness may be excusable. The students have just been telling each other who we are and who our flock is. I am Mr Book. Perhaps you would be so kind as to introduce yourself.”

The words tumbled out of Limosa as she told them all about how she was trying to get to Aotearoa to find her flock’s lost songmap and return to Alaska in six weeks even though that journey normally takes bar-tailed godwits at least four months.

“Where am I?” she asked at last, looking at the circle of strange faces all staring at her.

“Hmm,” said Mr Book, tilting his head to one side, “as you are clearly not a student, clearly you should not be in my class. But otherwise, we are pleased to make your acquaintance, aren’t we, class?”

“As to where you are,” he said, turning back to Limosa and tilting his head again, “You are far from your correct flightpath. You are at the Billabong School in the Kimberley Ranges in Western Australia.”

Mr Book’s head sank onto his breast for a moment.

“Joko!” he said at last, raising his head and pointing at a small blue bird with a brown bag and a yellow head tie, who might have been a girl bird or a boy bird or something in between. No one was ever sure and Joko liked everyone to use the pronouns “they” and “them” when not referring to Joko by name. “Please take our guest to see your parents. I am sure Eora and Heribert can help.”

“Yes, Mr Book!” said Joko, and fluttered down to stand beside Limosa.

“Joko’s parents are wise and widely travelled birds,” Mr Book said. “If anyone can help you get to Aotearoa, Heribert and Eora are the birds to do it. Now off with you, young Joko, and see if you can rustle up some grubs for our guest. She must be hungry.”

Joko led the way slowly so the exhausted Limosa could keep up. The two birds flew along a steep gorge with magnificent red and orange cliffs on either side of a riverbed that still had pools of water along its length.

“My dad and I are the first nightingales to live in the Kimberleys,” Joko proudly told Limosa as they flew. “And my mum’s the first lyrebird.”

It was a surprising revelation, but Limosa figured surprises are a normal part of travelling.

After a minute, Joko glided down and landed beside a muddy pool. “There are good worms here,” they said chirpily.

Limosa probed the mud with her beak, and ate the juicy worms she found.

They need salt, she thought, being used to seaside worms as she was. But she didn’t want to disappoint Joko so she kept eating. Joko reminded her of her sister’s darling chick Jiki back home in Alaska.

Thinking such happy thoughts, Limosa, her stomach swollen with tasteless but nourishing worms, accidentally fell asleep. Joko had a nap too.

“Kraaah!” Limosa’s squawk woke Joko. “You must take me immediately to your parents,” she said. “I have no time to waste.”

After a short flight, Limosa and Joko arrived to find a cosy hut made of sticks and branches.

In Limosa’s mind, she saw the leaves in Alaska turning to brown. She saw Jiki and the rest of her flock looking for food in the cold mud. She saw them getting thinner and thinner and thinner. Too thin to fly all the way to Aotearoa. To fly all that distance for days on end they needed to be fat, with plenty of energy to burn. If they started skinny they would not make the distance.

Time, she thought. There is not enough time to save them.

Joko hung their head and stared at the ground. They were scared Limosa was annoyed again and Joko didn’t know when Heribert and Eora would arrive home.

After a moment, Joko looked up and straight at Limosa.

“There is another way,” Joko said, “to get to Aotearoa. If you will risk it.”

“I will risk anything for my flock,” said Limosa.

She was about to ask Joko about this other way and the risks involved, but to her astonishment Joko had taken a flute from their bag and was playing a strange two-note tune that echoed down the gorge and was met by a clap of thunder.

Limosa looked up and saw vast clouds swirling overhead and the dry leaves of the gum trees rattling with increasing speed in the wind.

She listened to Joko’s strange tune, felt the wind in her feathers, and realised something.

Joko – the cute little bird that reminded her of her sister’s darling chick, Jiki – was – a magical Storm Bird! Joko had the ability to create storms. Limosa had heard of such birds before but had not believed they were real. 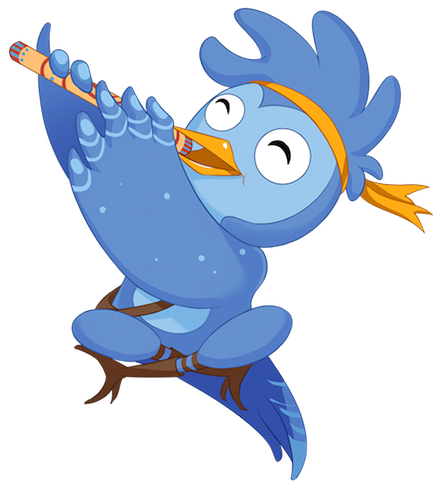