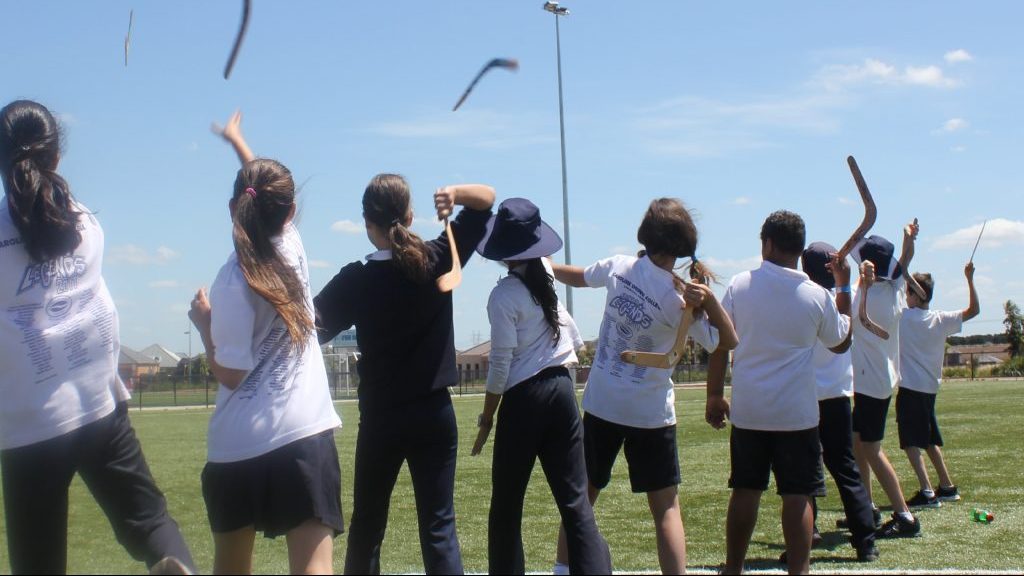 The Australian Curriculum has emphasized learning Aboriginal history and Aboriginal culture to engage all students in reconciliation, respect, and recognition of the world’s oldest continuous living cultures. Promoting Aboriginal education is beneficial in terms of fully engaging Aboriginal students in the curriculum and closing the gap in learning outcomes between Indigenous and non-indigenous students. It also helps students develop the understanding of cultural differences and respect for diversity. Learning Lands have been working with Australian schools since 2002 to provide programs that help students and teachers promoting harmony through diversity. Exciting educational tools are offered to engage all students with Aboriginal cultures and enhance their learning journeys.

Aboriginal and Torres Strait Islander histories and cultures is a story of over 50,000 years of history. Through thousands of years of development, Aboriginal and Torres Strait Islander people have developed various rich cultural traditions that are expressed through songs, dances, stories, rituals, visual art, and other media. These traditional cultural expressions enjoy high diversity among different areas from burial practices to deities that each tribe believes in, from Gunditjmara oral histories which tell of volcanic eruptions to Bora which is the initiation ceremony for young boys being welcomed to adulthood.

Besides, Report from AIHW (2019) shows that about 150 Australian Indigenous languages were spoken in Australian homes in 2018, which play an important role in passing on cultural practices and knowledge among Indigenous people and communities. There is no doubt that Aboriginal cultures contribute to the cultural diversity within the civic culture of Australia and the global community.

In 2016, an estimated 798,365 Aboriginal and Torres Strait Islander people were in Australia, representing 3.3% of the total population (AIHW, 2019). Indigenous people and communities are important components of Australian society whose participation in civil culture cannot be ignored. Indigenous artists are producing some of the most inspiring arts in Australia with their traditional practices and knowledge, pushing the boundaries of political and social thinking through their works (Zuckermann, Ghil’ad et al. 2015).

As we are witnessing an increasing diversity around the world, it is necessary to help the students develop the knowledge, attitudes, and skills needed to participate effectively in a pluralistic democratic society through learning about Aboriginal culture.

To put it in a bigger picture, it helps to build a global perspective of human’s trajectory since the ‘out-of-Africa’ dispersals of modern humans, especially when the first settlers arrived in Australia and landed in the northern part of Australia around 65,000 years ago, leading to deeper engagement and respect for the First Australians’ achievements.

Currently, the Australian Curriculum has emphasized Aboriginal culture and Aboriginal education with prescribed Aboriginal content. According to the National Curriculum, Aboriginal and Torres Strait Islander Histories and Cultures are given cross-curriculum priority for all students to ‘engage in reconciliation, respect, and recognition of the world’s oldest continuous living cultures.’ Learning about Aboriginal histories and cultures allow students to deepen their knowledge of the history of Australia and to develop an understanding of cultural difference and respect for diversity.

Meanwhile, the Australian Curriculum acknowledges the gap in learning outcomes between Aboriginal and Torres Strait Islander students and their non-indigenous peers. It is of high necessity for Aboriginal education to fully engage Aboriginal and Torres Strait Islander students, let them fully participate in the curriculum, and build their self-esteem through learning. Reconciliation Australia (2004) stated that including Indigenous content in classroom teaching has been shown to improve educational outcomes of Indigenous students, it also contributes to the closing of the gap between Indigenous and non-indigenous people and promotes the social and cultural inclusion in Australia.

Certainly, we are witnessing an increasing cultural, language, ethnic, and religious diversity around the world under the influence of globalization. Multicultural education becomes more essential to help students develop the knowledge, attitudes, and skills needed to participate effectively in their cultural communities, within the civic culture of Australia, and in the global community (Bank, 2011). Learning about Aboriginal cultures is essential for students to develop the ability to respect, coexist, and communicate with people of different cultural backgrounds and ethnic groups. The experience of socio-cultural communication is essential for students to become familiar with the global community (Ishmuradova, I. I., & Ishmuradova, A. M. 2019).

When asked where the best starting place is to start becoming more engaged with Aboriginal culture, Aboriginal writer Tony Birch replied: “There is no starting place and no end. Just read, watch, look, and listen to everything you can.” Aboriginal cultures are diverse and sophisticated with thousands of years of development. With increasing recognition of the significance of learning about Aboriginal histories and cultures, educators and teachers certainly require more support and resources to achieve the aims of Aboriginal education.

Natassia Chrysanthos (2020) reported insufficient teacher training and limited teaching hours in NSW schools for Aboriginal history teaching, which is very likely to cause students to graduate with gaps in their knowledge. According to Natassia, it is challenging for teachers to deal with Aboriginal teaching as some do not get an opportunity to learn the information, while the limited amount of time for mandatory history course from Years K-10 is another more obvious constraint. Considering these issues, it is of vital importance to choose the right approach for Aboriginal education to make the best of the curriculum and better engage the students with Aboriginal histories and cultures.

Learning Lands is a suite of exciting educational tools that develops cultural humility and understanding for Years K-10. Learning Lands have been working with Australian schools since 2002 to provide programs that help students and teachers promoting harmony through diversity. Fantastic projects and curriculum are offered to engage the students with respect and recognition of the world’s oldest continuous living culture.

Mungo Explorer, as one of the projects, opens a window to Australia’s past with firsthand learning resources and a multidisciplinary approach of teaching. Based on research by the geologist and climate change scientist, Jim Bowler who discovered the oldest human remains in Australia, this curriculum package supports teachers to take students on a powerful journey into the heart of Ancient Australia and the earliest lifestyles of Indigenous Peoples. Integrating the arts, music, humanities, geography, history and Indigenous perspectives, students will develop an awareness of the self through the discovery of the other and gain interpersonal skills preparing them for a globalized and ever-changing world.